This is my first attempt at some more serious deep sky targets with the a6000. Was camped in Yellowstone and the night before we left the skies cleared, so I set-up and selected a few targets. The a6000 was at the prime focus of a 94mm f/7 refractor. I used an inexpensive intervalometer to take the shots. I kept things simple, 12-30 second exposures @ iso 2000. Thankfully, the GOTO computerized mount put the objects in the field of view, but I needed a few single exposures to help manually center the objects. I stacked the images in Deep Sky Stacker, and had to do a little gaussian blurring in Affinity Photo because there's was still some graininess to the galaxies. I messed up, and forgot to switch to RAW so I captured jpgs. I stacked the images along with 12 dark frames to remove noise and any faint hot pixels. I was surprised to see detail on the galaxies. Yay!

The targets were the Leo Triplet of galaxies, M104, the Sombrero Galaxy, and M53, a globular cluster. Captured in the same frame with the brighter M53 is the fainter NGC Globular 5053. NGC5053 is at the lower left of the frame.

All in all a successful evening. Next step is to shoot more and longer raw images. With the spring weather still being cloudy in this part of the US, and the moon getting brighter, it may be a while. It was fun though. I'm including a single image of the Leo Triplet so you can see how much more data there is when you stack. 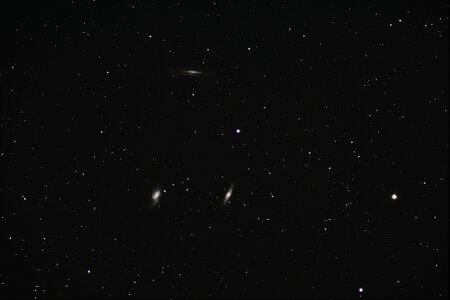 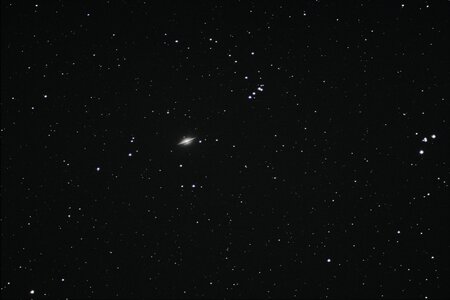 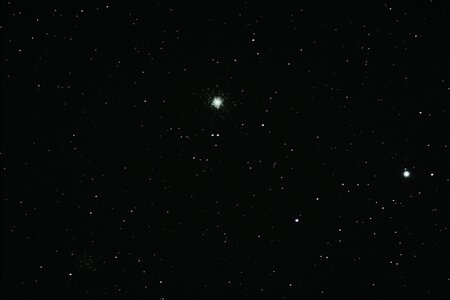 Single image of Leo Triplet showing what you'd get with 30 seconds @ f/7 (658mm fl, 94mm aperture)
This was good enough to help me center the objects before triggering the intervalometer. 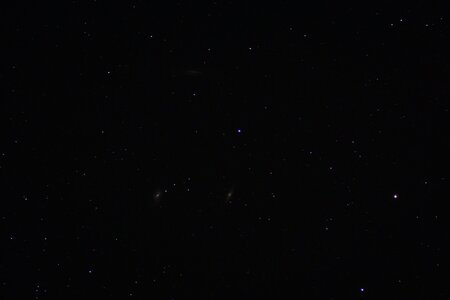 Last edited: May 6, 2022
Reactions: Jeff A, Alan Clark and FowlersFreeTime
A

I did a little bit of a histogram stretch to bring out the other cluster in the lower left as well as fainter stars in the brighter cluster. I also just learned today this pair is unique in the entire Milky Way. Both were captured from a small galaxy that merged with the Milky Way around the time the solar system was forming 5 billion years ago. Parts of the shredded Galaxy still orbit the Milky Way. Cool! 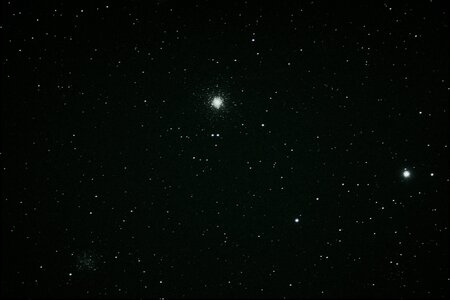