Currently on vacation in Jamaica, thought I would try to get some night shots and realized I could see the milkyway through the slightly hazy conditions. Looking for helpful tips on photography technique as well as editing techniques. 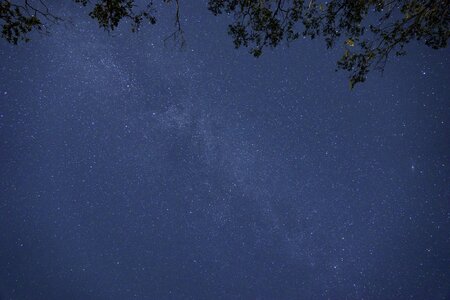 Hi Chris, can’t give you any tips I’m afraid but noticed you used the Tamron 17-70 for the shot.
Have you tried your Sigma 16mm as I’m sure I’ve seen positive comments elsewhere about its use in astrophotography?
Hope your having a great vacation and I’m not jealous at all sat here in cloudy and cool Wales. Enjoy.

Sadly I didn't bring the Sigma 16 with me. My vacation kit nowadays only consists of the 17-70 for most shots and the 10-18 for wide shots (rare).
I might try again tonight, maybe. Depends on how many Rum beverages I consume tonight haha!

There were no other opportunities to try again due to inclement weather :-(
A

Chris, Great shot! Looks like you captured M31 - the Andromeda Galaxy on the right side of the frame. Those are some 2.5 million year old pixels there! Andromeda fun fact: Our galaxy is headed on a collision course with M31. Don't worry. Won't happen for 4.5 billion more years, give or take. Looks like you also got good focus which is critical with point sources like stars.

To start just play a little bit with levels or curves to improve the contrast and to darken the sky background. You can also play a little with the color channels too. Go easy and make small adjustments. Just for giggles, I've converted some star shots to B&W. That's sorta a sledge hammer approch to getting a black background sky.

Another thing you can do is to take a series of photos and stack them for better signal to noise ratio. There's free programs for stacking the images. Here's one: http://deepskystacker.free.fr/english/index.html I bought a cheap intervalometer my my a6000. When stacking you'll also take some bias, flats and darks for getting rid of noise. The stacking programs will use those.

You can search the web for information on processing. Here's an example: https://www.skyatnightmagazine.com/...photography-image-processing-beginners-guide/ Here's a YouTube video I bookmarked. https://www.youtube.com/watch?v=pXcRKoxTPVg&ab_channel=NebulaPhotos

The following is a tutorial that are specific to a particular software, but the basic should apply to whatever program you are using. I purchased Affinity Photo because it does have some features that are astrophotography specific like stacking. It does have a learning curve though. Occasionally it comes on sale for half price. Otherwise, there's free stuff like the program in the link above.


Be aware this can get complicated very quickly so keep it simple. Experiment with what you have to see what works best with your camera and lenses. Another nice thing about stacking is it overcomes the problem of being limited to a certain exposure length due to stars trailing as the Earth rotates. One rule of thumb on exposure limits is the 500 rule. Take you lens' effective focal length and divide it into 500 to get the maximum length of exposure in seconds before the stars elongate. Some people suggest using 300 instead. I noticed I get some trailing at 30 seconds using my 12mm lens which is 18mm equivalent on my a6000. The rule of 500s says I should be ok up to 27 seconds. If I shorten the exposure to around 20 seconds, I'm good.

If you really want to go down the astrophotography processing rabbit hole, there are programs that remove the stars from you image so you can processes the rest of the background separately, then stack the stars back in. Wow!

If you are willing to wade through posts there's a very popular astronomy forum/website that has a DSLR/Mirrorless section with a ton of info. I don't think you have to join to read it. If you do join, it's free. It's the biggest US based astronomy forum. I want to warn you though. It'll expose you to another time and money sucking hobby.

I'm still waiting for good skies to try my hand at this some more. Rain, haze, smoke, the Moon and trees have stopped me from trying since late spring! Learning casual astrophotography is the whole reason I bought my a6000.

Thanks for the tips Tom.
Reading a bit about Bortle scale and I think the resort area I was in was about a Bortle 4.
Back in South Florida, light pollution, weather and latitude really limit my chances of a clear sky and conditions for celestial observation. My neighborhood is in Bortle 7. Even on a clear night, best I can find is Bortle 4 driving 45 mins from home. I could find Bortle 3 skies 2 hrs away, but that's not exactly what I would call casual photography at that point haha.

@Astrnmrtom @RNO7552 Hey guys! I was randomly looking through camera menu on the a6400 and came across the option for "Long Exposure NR" and I was wondering if you have used this Noise Reduction mode? Do you think it helps?
A

It's usually recommended that it be left turned off, but that's from people who do their own post processing and noise reduction. Very much like people who shoot raw. Sometimes the in-camera noise reduction causes some loss of detail. What you will notice when you turn it on is your camera will take the shot and immediately add an equal length dark frame, so your 20 second exposure will take 40 seconds.

I'm a more casual shooter and processer, and am a big believer in the try-it-and-see-if-you-like-it way of doing things. I'd try it and see what you think. Year ago when I first started doing solar imaging I decided to try a filter that typically is used for viewing the planets, not for viewing the sun. It ended up helping. It was one of those I-wonder-what-this-would-do? moments, so it never hurts to experiment. Its funny, even Sony doesn't seem to mention long exposure noise reduction in their how to shoot the night sky: https://www.sony.com/electronics/support/articles/00223374 Here's a guy that shoots with an a6000 and he doesn't mention in camera noise reduction, but again, I'd consider him to be an advanced shooter - he does his noise reduction in post. https://www.phototraces.com/photography-tips/how-to-take-pictures-of-stars/

When I've done my single frame shots, I've turned off in camera noise reduction, because it was suggested in an astrophotography forum by more advanced imagers.I figured I do mine in post too but I haven't had the skies to do some before and after comparisons. If you decide to move beyond single shot images, you'll turn off noise reduction and take multiple images, as well as bias, dark frames and lights, and stack them all together. Not only does this reduce noise, it increases signal. Most of the Oh-My-Gosh-WOW! Milky Way images you see online are done with multiple frames stacked together.

I'm wanting to experiment more, but like you, am in light polluted area for the next month or so. Until I get to better skies, the only night sky imaging I'll be doing is some shots of Jupiter through my scope. Not a good target for the Sony though. The planets is where a small chip is an advantage.

I don't have an example from the Sony to show noise reduction by stacking but I do have a couple recent images of Jupiter. This was taken from St Augustine through my scope at an effective 2400mm focal length using a small chip (4.8x3.6mm) monochrome UBS camera. I'm taking uncompressed avi videos and using a program to select and stack individual frames into a single image that's then sharpened. Finally I'll do some simple stretching in levels to improve contrast. The grainy image is a single 1/150sec frame, and the stacked image is composed of almost 500 frames combined from 1000 taken. The software throws out the worst frames. I couldn't even sharpen or enhance the single frame nearly as much as the stacked frame. No noise reduction was applied. Since most noise is random, stacking multiple images averages it out and enhances the signal. The same would apply when doing Milky Way shots. Obviously in that case, exposures would be longer, and you'd use less frames. FYI: The Great Red Spot is near the limb at the 3 O clock point and the dark spots near the dark cloud band are called barges. There are string of white ovals visible too. A Fun Fact is, you could drop the Earth into the Great Red Spot without touching the sides. One thing I will tell you, is Florida has some incredibly steady skies!

FYI, I see that Big Cypress National Preserve is a International Dark Sky Place. Might be a place you could try for some more shots. You might not even have to go that far on 75 to get some dark skies. Dunno, I'm just a tourist, new to Florida.

I've been very impressed with what others have done with their a-series camera and I'm looking forward to learning how to do similar night shots. When I do, I'll share what I find. 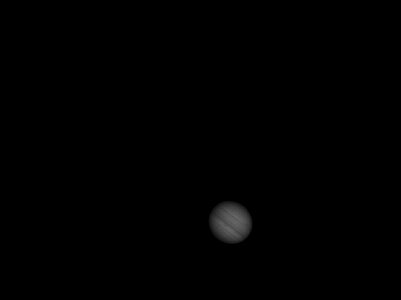 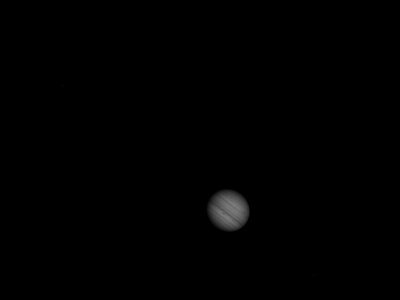 Don't know if this page would help: https://www.go-astronomy.com/dark-sky-parks-stargazing-state.php?State=FL
Reactions: FowlersFreeTime

Thanks @Astrnmrtom As we get closer to "winter" here in Florida, we get a bit cooler temps and fewer bugs, so my chances of going on an evening trip for some astrophotography will increase. I even spoke to a friend regarding a possible camping trip in Everglades in January, surely those will be the darkest skies I have ever seen so I look forward to that.
You must log in or register to reply here.