Sony has released firmware version 3.00 for the Sony a9II which adds a new crop function to allow you to crop still images in-camera via the playback screen. The cropped image is saved as a separate file and the original remains.

It also adds the Forced File No. Reset option in the File/Folder Settings (still image) menu to allow you to reset the still image file number and create a new folder.

The phenomenon that some functions are not registered correctly in the Function menu is improved.

There's also the standard statement "improves the overall stability of the camera". 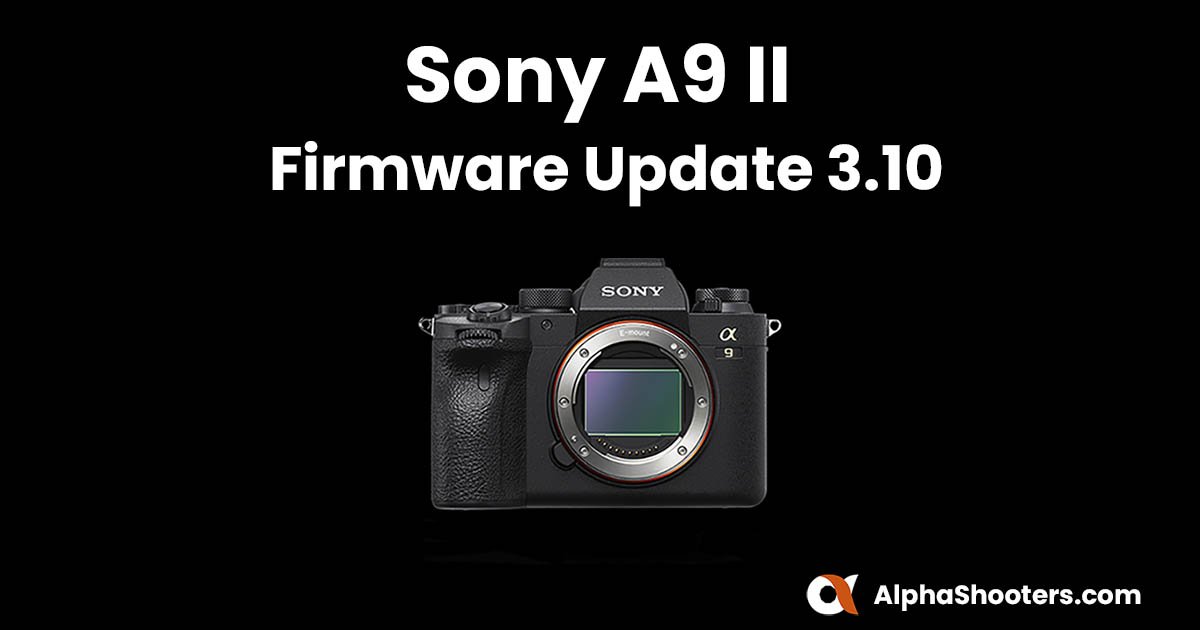 The latest firmware for the Sony a9II is version 3.00. Download it here along with my a9II accessories guide.

Thx for the info!

I thought already that Sony has forgotten that there are still some other cameras than the A1 out there.

But it is really frsutrating that there is no FW update at all for the A7R4. Its lagging way behind in terms of update.
They should especially address the issue with the 200-600.
D

Thank you Tim, I hate updates as I get a bit confused as how to do them but I managed to blunder my way through with this one. The joys (not) of old age!!
G

I did it and immediately tried the new Crop tool. But it only works for JPG - not for RAW...
There are many options in terms of size 3:2; 4:3; 16:9; 1:1 which you can select with the backwheel.
With the fronwheel you can then apply further cropping in the choosen ratio. A new JPG will then be created - beside the original.

Well nice-to-have but hey I am not shooting JPG at all, so completely useless. And I cannot even imagine that someone is doing cropping within the camera...

For the usual "overall stability of the camera" I did not notice yet anything. I find it quite dissapointing for one of their flagship cameras.

But lets wait and see.

Hmmm.. not sure just yet. Update complete. I figured entering the settings would be an excuse to rethink them. When I try and rename my camera it hangs after making the changes. Luckily turning it off and on again works.

Will have to try shooting next. Was going to wait on this update but some A9II users on FB reported quicker operation and that piqued my curiosity. Jury is out on that...
G

Maybe they made a mistake in wording - decreases the overall stability of the camera...
Reactions: liggy

G-FOTO.de said:
In the meantime I also faced some freeze here and there with the new FW3.0
Difficult to replicate - it happens here and there...

Maybe they made a mistake in wording - decreases the overall stability of the camera...
Click to expand...

Yep. I regret doing the “upgrade”. I’ve had 4 freezes now. Prior to this -I *never* had one. And I don’t care about cropping jpegs in camera.
Sony recommended a full reset. Hopefully that will work.
Last edited: Mar 22, 2021

Any further news on the freezing issue? I am about to purchase a used a9ii still on version 2.00 and not sure whether I want to do the firmware upgrade when I get the camera or just leave it on 2.00

Actually I haven’t had any freezes since the initial problem occurred. I think doing the reset fixed it. This is with the Sony Tough G 300/299 card and about 600 shots on the Delkin 300 /250 128gb card yesterday.
Reactions: etiennescamera
You must log in or register to reply here.