Chartres, the Parthenon of France

Yes, the beautiful cathedral of Chartres. More correctly this is the Cathedral of Our Lady of Chartres. The architect who built it is still unknown, it was erected in record time, twenty-five years and is gorgeous. The wealthy gave money, the rest gave their time. Their time was pulling carts with the limestone blocks on them from the quarries to the building site, stopping hourly for prayer and meditation.

When you drive south from Paris on N20 in the summer you pass through fields of golden wheat. Then you suddenly crest a ridge and see the cathedral seemingly levitating in a field of wheat. It is an illusion. The city of Chartres is in a valley and the cathedral built upon a hill where religious places have been built for thousands of years. It is special. Pilgrims in the past who would hike from cathedral to cathedral would see the Chartres cathedral seemingly levitating as they approached it for a number of days. They were, no doubt, suitably impressed.

This quote is from Wikipedia and is a good summary:

"Since at least the 12th century the cathedral has been an important destination for travellers. It remains so to the present, attracting large numbers of Christian pilgrims, many of whom come to venerate its famous relic, the Sancta Camisa, said to be the tunic worn by the Virgin Mary at Christ's birth, as well as large numbers of secular tourists who come to admire the cathedral's architecture and historical merit."

This photo is of the prayer candles. 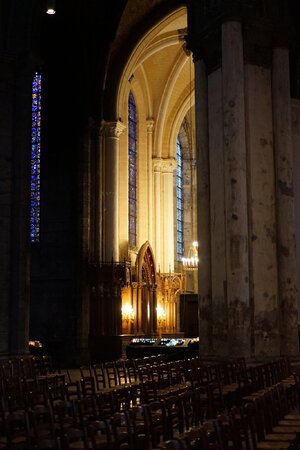 Chartres, the main altar. Yes, the cathedral is the seat of the bishop, but this particular cathedral is as much a work of art as it is a religious edifice. Thirty years ago on a visit there was a baptism and another time a wedding. This is a working church for the local parishioners, it is their church, for the rest of us it is a monumental work of art. 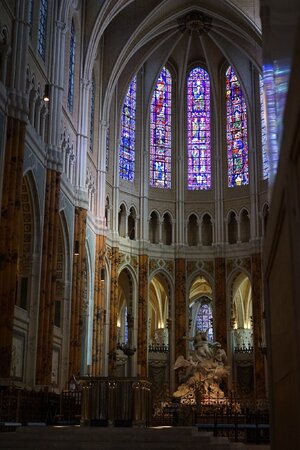 Regard also the quality of the image. This is a good camera with a good lens hanging off the front of it. 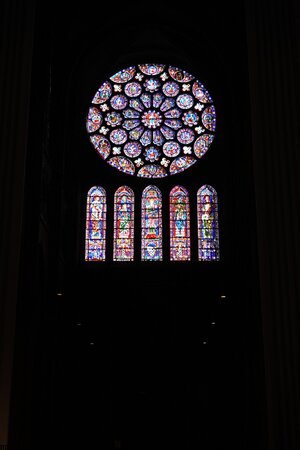 When visiting in the mid 80's I was in a conversation with a local doctor whose family had lived in Chartres for centuries. He had his entire education in Chartres and practiced in the Chartres hospital. We were talking about the cathedral and I asked, "Do you ever get used to the cathedral?" He paused a long while and thought and finally responded, "Non." We were on the way to the hospital with my wife who had just broken her arm. He dropped us at the ER and went up to admitting to secure her a room. He stipulated that it be facing the cathedral.
Last edited: Aug 11, 2021
Reactions: J.Duffy
You must log in or register to reply here.

A shot at Sony’s flagrant exploitation by the a1 price tag.

Two days at hotel in Maronia Greece with Sony a7iii

Birding and how I get my birds in Australia.