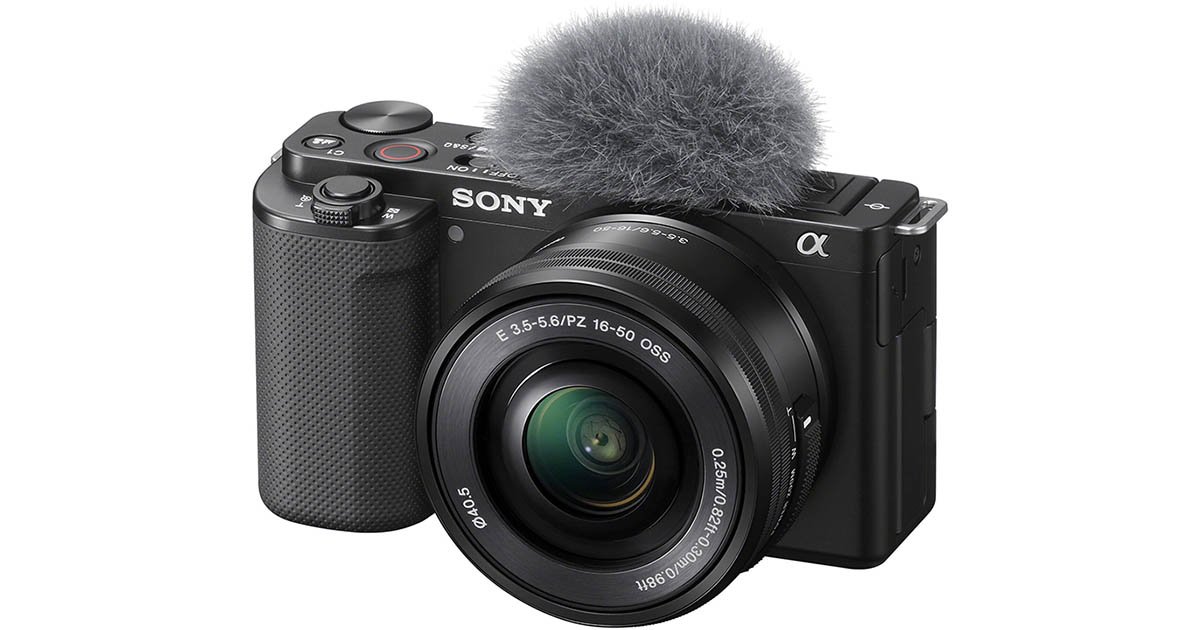 Sony has announced the ZV-E10, an APS-C Alpha-series camera aimed squarely at vloggers that shares the same 24.2-megapixel sensor as other APS-C cameras such as the very popular Sony a6400. If the ZV-E10 looks familiar to you, that’s because it’s based on Sony’s entry-level APS-C camera, the...

As expected, pretty much an a6100 with a better built in mic, fully articulated screen, and the two party tricks from the ZV-1 (product display and instant-bokeh-button). The active steady shot is still disappointing judging from the DPReviewTV video.
Reactions: Timothy Mayo
R

FowlersFreeTime said:
As expected, pretty much an a6100 with a better built in mic, fully articulated screen, and the two party tricks from the ZV-1 (product display and instant-bokeh-button). The active steady shot is still disappointing judging from the DPReviewTV video.
Click to expand...

I was quite impressed by the product display feature on the original ZV-1, would have bought one just for that were I a product youtuber.
Reactions: Timothy Mayo

I watched a ton of reviews last night, now that Sony has spammed the "influencer" community and given the greenlight for all reviews to be released.
@Reciprocum you're right, the product display is actually a good feature for product youtubers. I could even use that feature when I show a dish to the camera at the end of one of my cooking videos.

Would I buy one? No (but if you want to buy one, make sure to use Tim's link in the first post!)
Do I want one? Maaaybe as a second camera.
I'm going to enter every contest I can to win one

I watched a video on YouTube last night that has convinced me that the ideal use of this camera would be a second studio cam if your primary video camera is an A6100/6400/6600. Might get one after all.
You must log in or register to reply here.