Welcome to my Sony a7R III (ILCE-7RM3 / ILCE-7RM3A) resource page. Here you will find the latest firmware version for the a7R III, user guides, FAQs and my accessories guide.

If you are looking for further help and advice on the a7R III or would simply like to share your photos, then please head over to our friendly Sony a7R Forum. If you prefer Facebook then I also run the Sony Alpha Shooters Group where you can ask questions or post your shots taken with the Sony a7R III. 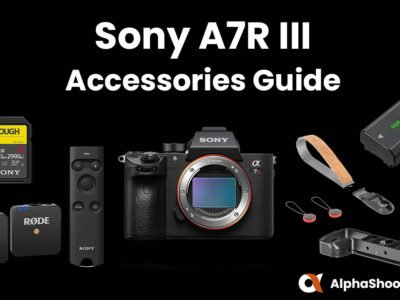 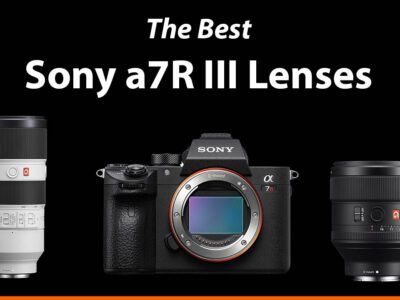 The Sony a7R III was announced on October 25th and I placed my order on the first day because it sounded like a big step-up from my trusty Sony a7R II, but was this a mistake?

Note: The Sony a7R III “A” variant was announced in April 2021 and is identical to the original model, but with a higher resolution (2.36M-dot) LCD.

It certainly wasn’t a mistake and the a7R III proved itself to be a very capable all-rounder that could excel itself in many different niches.

Here are some of the things that the a7R III shares in common with its predecessor the Sony a7R II:

And here are the new features that the a7R III gains:

It’s fair to say that the Sony a7R III is a great option for an incredibly wide variety of photographers. Offering great image quality, fast burst shooting speeds, high quality 4K video and a reasonably compact package, it’s an incredibly well-rounded offering. The endless customization options can be daunting at first, but in the end, it’s a camera equally at home capturing fast action one moment, and expansive landscapes the next.

I’ve primarily used my Sony a7R III for shooting wildlife but it also makes a fantastic camera for aviation photography thanks to the improved autofocus performance.

Although the Sony a7R IV is now available, the a7R III still remains a very popular choice for Alpha Shooters and a great all-round camera.

You can find the full Sony a7R III details and specifications over on Sony’s product page.

When was the Sony a7R III announced?

The Sony a7R III was announced on October 25th, 2017 and first shipments started in November 2017.

What memory cards does the Sony a7R III support?

UHS-I and UHS-II SD cards are supported in slot 1. Slot 2 only supports UHS-I SD cards, although you can still use UHS-II cards in slot 2 but you won’t get the speed benefits.

What battery does the Sony a7R III use?

Is the Sony a7R III a full-frame camera?

Is the Sony a7R III waterproof?

Sony claim that the a7R III is dust and moisture resistant, they don’t claim that it is fully waterproof and you should therefore use a rain cover if using the camera in wet weather.

How many megapixels is the Sony a7R III?

How many megapixels does the Sony a7R III have in APS-C mode?

If you shoot the a7R III in APS-C mode then the image is cropped to 18.0 megapixels with an aspect ratio of 3:2.

What is the weight of the Sony a7R III?

What does the a7R III include in the box?

What is the a7R III mechanical shutter fps?

The maximum fps (frames per second) for the mechanical shutter of the a7R III is 10 fps.

What is the a7R III electronic shutter fps?

The maximum fps (frames per second) for the electronic shutter of the a7R III is 10 fps.

What is the maximum shutter speed of the a7R III?

Is the Sony a7R III a professional camera?

Yes. The a7R III is a professional camera that sits in Sony’s Alpha Series of professional mirrorless cameras.

What is the difference between the Sony a7R III and a7R III A?

The Sony a7R III “A” version is identical to the original model, but with a higher resolution (2.36M-dot) LCD.