There’s been a five year gap between the release of the Sony a7S II and the recently announced Sony a7S III, but has it been worth the wait? 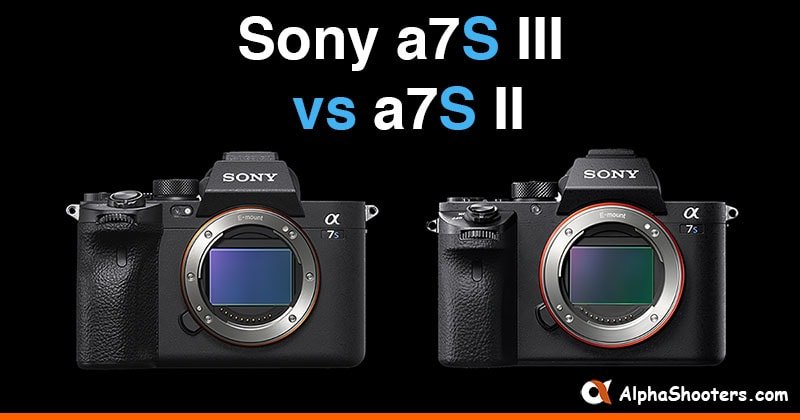 This article aims to answer that question by exploring 10 key differences between the Sony a7S III and its predecessor the a7S II.

Both cameras feature a 12MP full-frame sensor, but the a7S III gets a new back-illuminated Exmor RTM CMOS image sensor that features major innovations in light-gathering, wiring and output optimization, along with a 3x reduced roller shutter affect over the a7S II according to Sony.

You might be thinking that 12 megapixels isn’t very many pixels in 2020. However, although the actual number of pixels across the sensor is smaller, the size of these pixels is much larger than on a camera like the Sony a7R IV which has a 61MP sensor. It’s this larger pixel size that allows the a7S II and the new a7S III to suck in incredible amounts of light.

The a7S III also gets a brand new BIONZ XR image processing engine that has also been newly developed and packs up to 8x more processing power.

The ISO range between the two cameras is just a little different at base levels:

Sony says that noise has been reduced at mid and high ISOs by the equivalent of 1 stop and the newly-developed image sensor and image processing algorithms produce even cleaner images and more natural textures than the previous a7S II model, even when shooting in near total darkness.

Sony also states that the a7S III can record 15-stops of latitude in S-Log3 gamma setting, this compares with 14 stops of the a7S II.

This short film by Sony Artisans Renan Ozturk and Taylor Rees provides a superb demonstration of the low light capabilities of the a7S III.

The a7S II can record 4K video at up to 30fps using the entire width of the sensor with full pixel readout.

The a7S III improves on 4K recording by increasing the frame rate to a maximum of 120fps. When shooting up to 60p it uses the entire width of the sensor, when using faster frame rates there is a small 1.1x crop.

And here’s one more:

The a7S III can now record 4:2:2 10-bit both internally and externally, and if you are using an Atomos Ninja V (B&H Photo) external recorder the a7S III can output 16-bit RAW video up to 4Kp60p via the full-size HDMI port (only with firmware update planned for this September 2020).

Renowned filmmaker Philip Bloom has shot a short film titled ‘The Paddleboarder’ to test the ProRes RAW capabilities of the Alpha 7S III with the Ninja V. Shot on the river Thames in just one day it clearly demonstrates just how filmic the RAW images look. In his time with the camera he has also shot ProRes RAW in various lighting conditions including near darkness.

The recording time was limited on the a7S II to 30 minutes, thankfully these limits have been removed and the a7S III will shoot until you battery dies or your memory cards fill up.

The a7S III gets 10 Creative Looks presets that can be used for both photo and video, making it easy to create interesting moods right in the camera to be used as is or customized by the user.

These new creative looks effectively substitute the Creative Styles found in the a7S II and also provide eight parameters for you to set: contrast, shadow, highlight, fade, sharpness, sharpness range and clarity. Custom Creative Look settings can be easily saved and stored for later use.

A new Visible Light and IR Sensor in the a7S III improves auto white balance, and HEIF file options and an HLG Still Image Mode (for 8-bit and 10-bit HEIF stills) have been added.

Both cameras support S-Log2 and S-Log3 gamma curves, but the a7S III also gets S.Gamut3 and S.Gamut3.cine modes designed to make it easier to match the colors of footage shot with Sony’s professional cinema cameras.

I’ll wrap this section up by including this adventure film shot on the a7S III by film maker Benn Tkalcevic:

Since the a7S II was launched almost 5 years ago Sony has really come a long way with regards to the autofocus performance of their Alpha Series cameras.

The old a7S II only supports contrast detection with 169 points, the a7S III improves on this with the much faster hybrid AF system that features 759 phase-detection AF points (covering around 93% of the imaging area) in conjunction with 425-point contrast-detection AF.

Although the a7S II was able to detect human eyes, this wasn’t in real time and required an additional button press as well as the shutter button. The a7S III now gets Real-time Eye AF (for humans and animals) as well as Real-time Tracking, Eye AF is also now available when shooting movies.

The a7S III also gets additional settings to control AF Transition Speed and AF Subject Shift Sensitivity parameters that allow for more flexible focus control. Both settings can be recalled during recording by using a customizable button.

This video provides a good idea to just how well the Mark III’s autofocus system works:

The buffer of the a7S III allows you to shoot up to 1000 frames in uncompressed RAW when using the new CFexpress type A card.

The a7S II only has a single UHS-I SD memory card slot.

With the a7S III Sony has not only added two dual UHS-II SD card slots, but the same slots also support the much faster (and more expensive) CFexpress Type A cards that are currently available in 80GB (Amazon) and 160GB (Amazon) sizes.

Note: CFexpress Type-A cards are only required if you wish to record 4K at 120p, if you don’t then you can save money by purchasing the cheaper SD cards instead.

The body of the a7S Mark III has received a number of improvements over the Mark II that have been introduced already with the a7R IV and a9II.

These improvements include a larger grip, larger and more tactile buttons and improved weather sealing.

The a7S III also now gets the Sony NP-FZ100 battery that doubles the battery life over the NP-FW50 battery found in the Mark II.

The addition of a graphite heatsink to the Mark III allows it to record video for a much longer time (Sony says that it is five times more efficient than the mark II).

You’ll now also find an AF Joystick on the rear and the video recording button has been relocated to the top of the camera and the side access ports have also been improved. 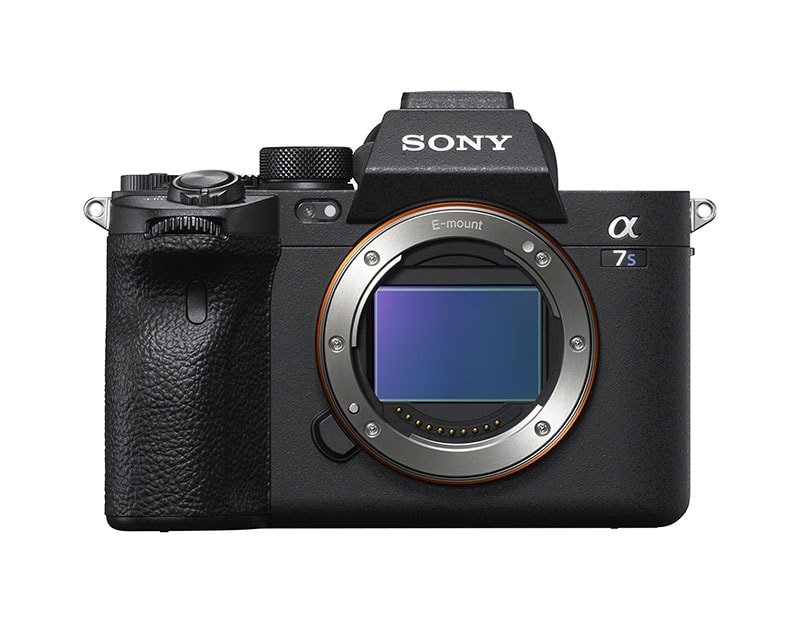 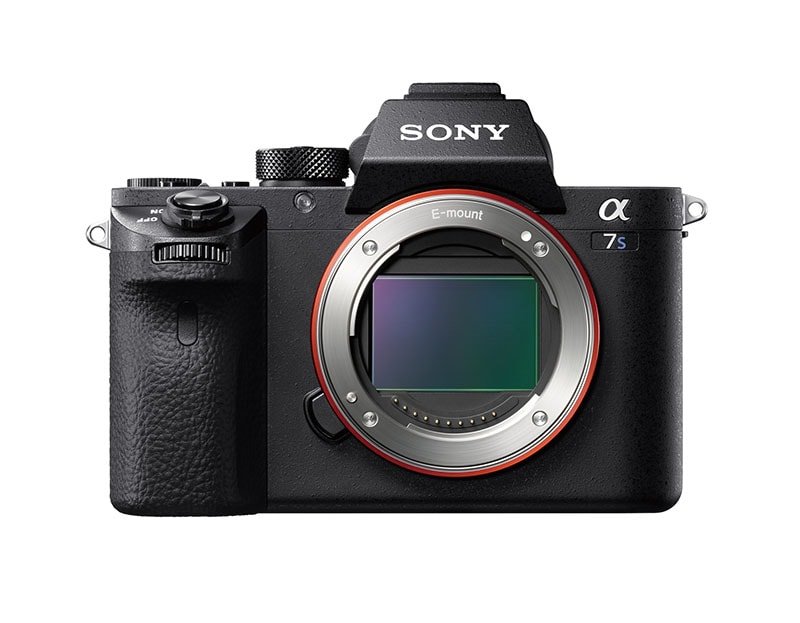 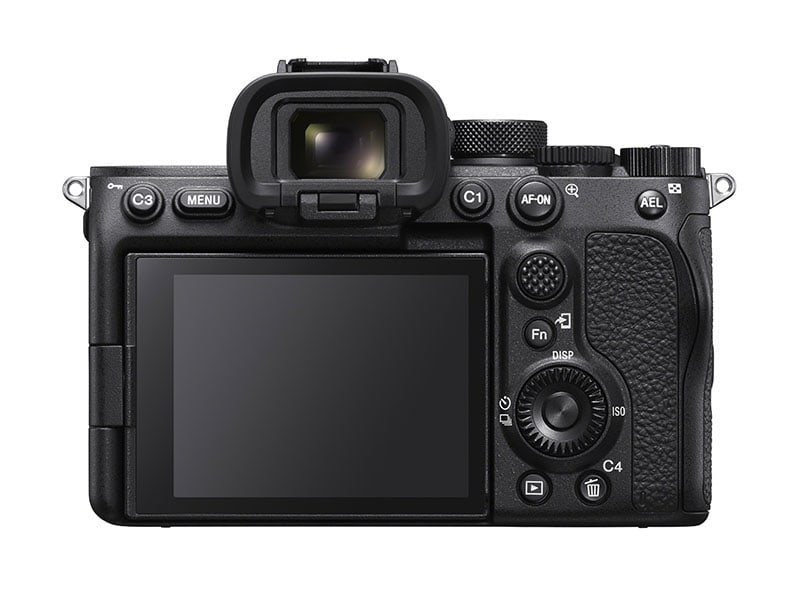 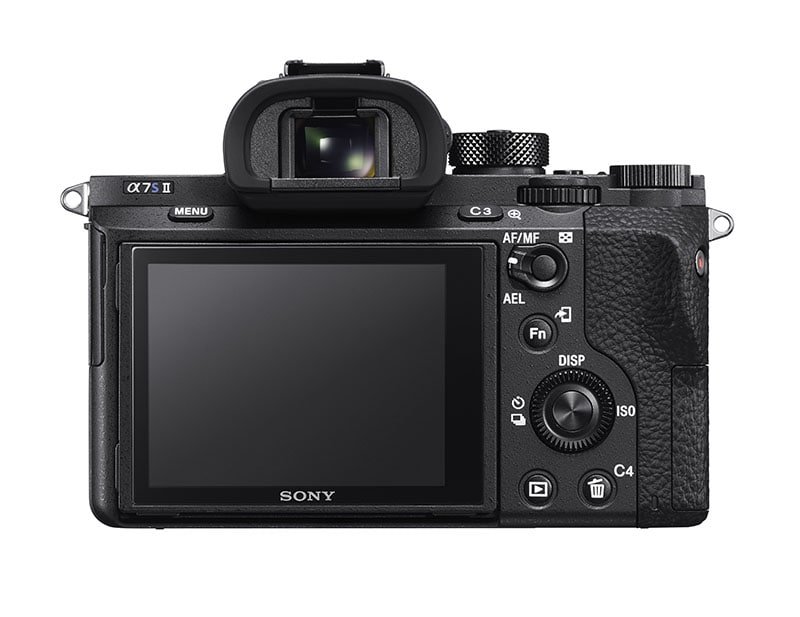 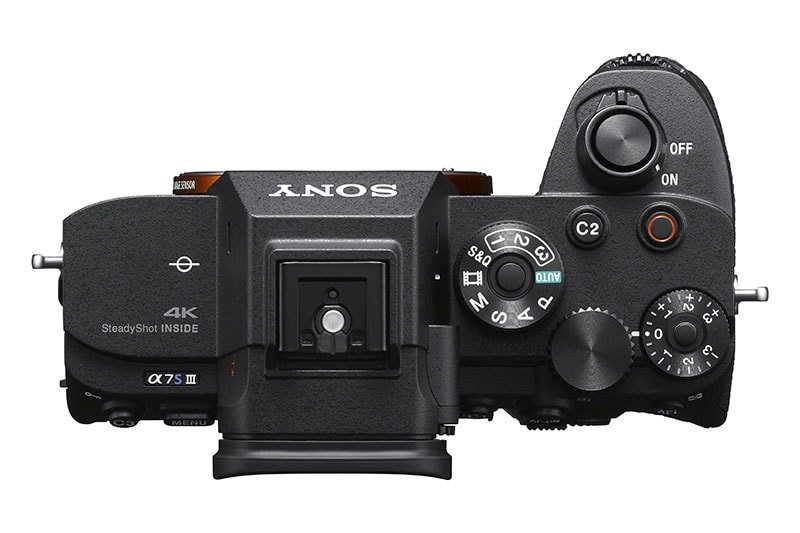 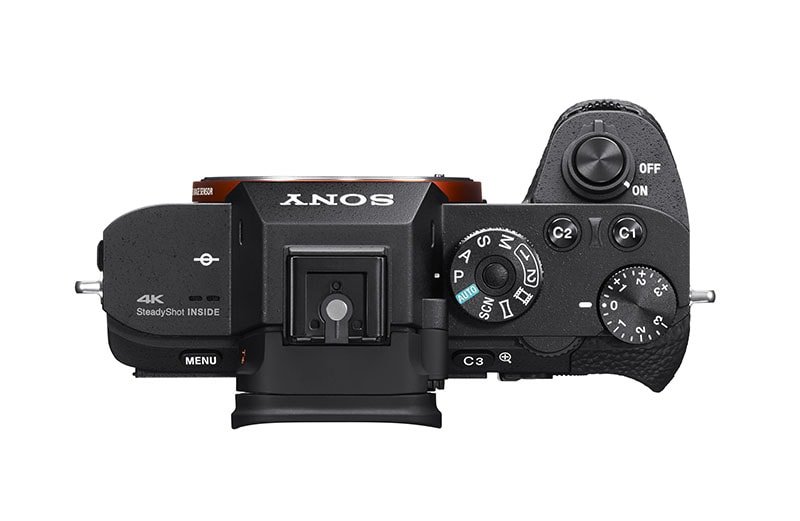 A digital audio interface has been added to the camera’s Multi Interface (MI) Shoe for clearer audio recordings from a compatible Sony external microphone like the Sony XLR-K3M (B&H Photo). The a7S III provides 4-channel 24-bit digital audio recording capability in an Alpha series camera for the first time.

Both cameras feature Sony’s 5-axis stabilization. The a7S II has a rating of 4.5EV (CIPA standards) whereas the a7S III sees a slight improvement of 1 stop to 5.5EV.

As well as IBIS the a7S III also gets a new feature called Active Mode that increases stabilization for movie shooting by using the BIONZ XR processor to accurately measure camera shake and compensate optically. It does however produce a 1.1x crop and only works in 4K up to 60p.

Sony has long received a lot of hate for their menu systems that are overly complex and not touch enabled.

Thankfully starting with the a7S III Sony has finally woken up and introduced a brand new touch friendly menu system.

This video provides a more detailed look at how the new menu functions:

Unfortunately I’m not expecting to see this new menu brought to existing cameras via firmware update, but I do expect that it will be included in all of Sony’s new Alpha Series cameras going forward.

The EVF of the a7S II is definitely showing its age with a total of 2.36M dots, 0.78x magnification, a refresh rate of 60Hz and an eyepoint of 23mm.

The Mark III trumps this massively along with all of the other current Alpha cameras in Sony’s line-up by introducing an EVF with 9.44M dots, 0.9x magnification, a refresh rate of 120Hz and an eyepoint of 25mm. The magnification can also be changed to help those who wear glasses.

Also a first in the Alpha series the a7S Mark III finally gets a fully articulating screen compared with the Mark II which only allows you to tilt the screen up and down. Resolution has improved slightly over the a7S II with 1.44M vs 1.23M dots.

As mentioned in section 8 above the new LCD screen is also fully touch enabled for use with the brand new menu system.

Unlike the small differences between the a7R III and IV or the a9 and a9II, because the a7S III has been so long in the making the differences are really quite substantial.

If you can afford the a7S III and it will allow you to take your videography to the next level, then this is a camera to seriously consider.

That said, I would strongly recommend waiting for some real life reviews from people who buy this camera and not the Sony press and early YouTuber reviewers.

If you must watch a review now, then this one from Gerald Undone is probably the best out there: