Sony also announced that the Sony a9 will finally receive the version 6 firmware update in September to add Animal Eye AF and the intervalometer. 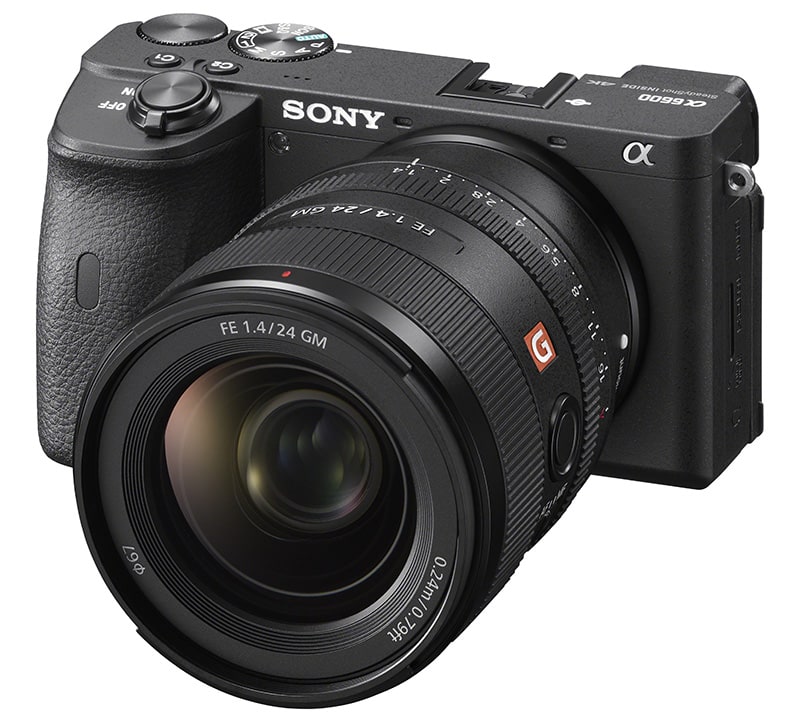 The a6600 is Sony’s new flagship APS-C camera and effectively the replacement for the Sony a6500.

It includes in-body image stabilization (IBIS), Sony’s Real-time Tracking autofocus, eye tracking in movies, a headphone socket and the Sony NP-FZ100 battery that can be found in the a7III, a7R III, IV and a9 which provides 2.2x the battery life over the older NP-FW50 battery.

The a6600 now also has touch focus, touch shutter and touch tracking functionality. The camera now weighs in at 503g (the a6400 is 100g lighter at 403g) and the grip is slightly larger to accommodate the new battery. However it does lose the on-board flash.

Features that have not changed from the a6400 or the a6400 include the 24MP APS-C sensor, 11fps burst shooting with autofocus and auto exposure, 4K/30p video recording and a 2.36M-dot OLED viewfinder.

You can download the Sony a6600 brochure here. Or find full details and sample images on Sony’s website. 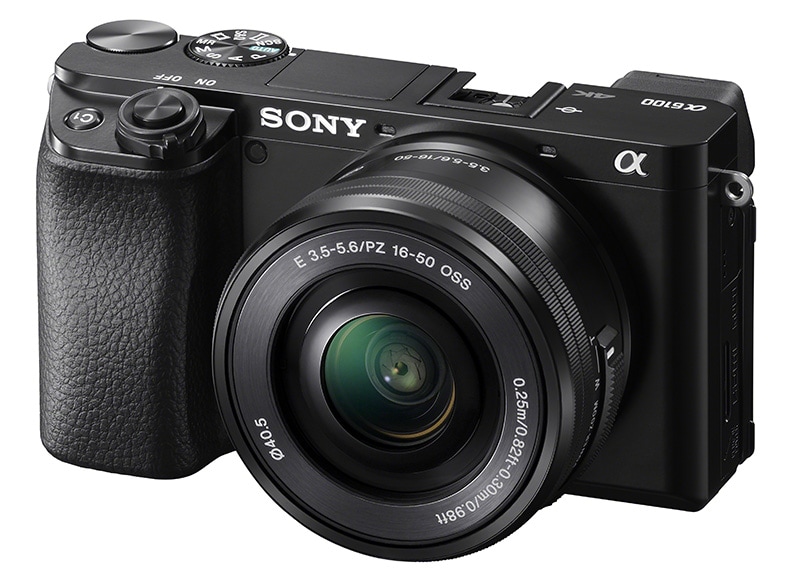 You can download the Sony a6100 brochure here. Or find full details and sample images on Sony’s website.

Here’s a look at the basic specs of the new cameras and how they stack up against the very popular Sony a6400. 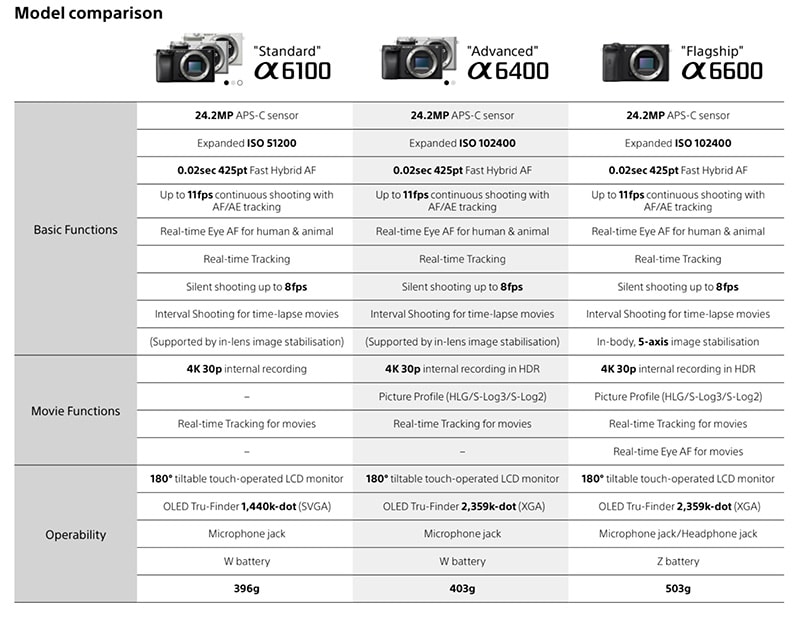 If you already own the a6400 then you’ll see that the new a6600 basically adds IBIS, Real-Time Eye AF for movies, a headphone jack, the new Z battery and it weights 100g more. However, the a6600 for some reason no longer includes the on-board flash. 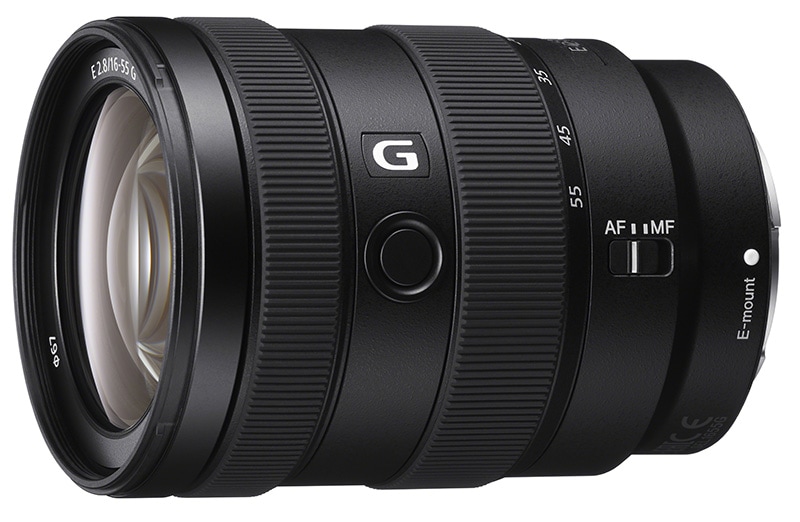 For the first time ever in the APS-C line-up is uses the super fast XD linear motors which can be found in more expensive lenses like the FE 600mm F4 GM and the FE 400mm F2.8 GM.

Full product details can be found on Sony’s website here. 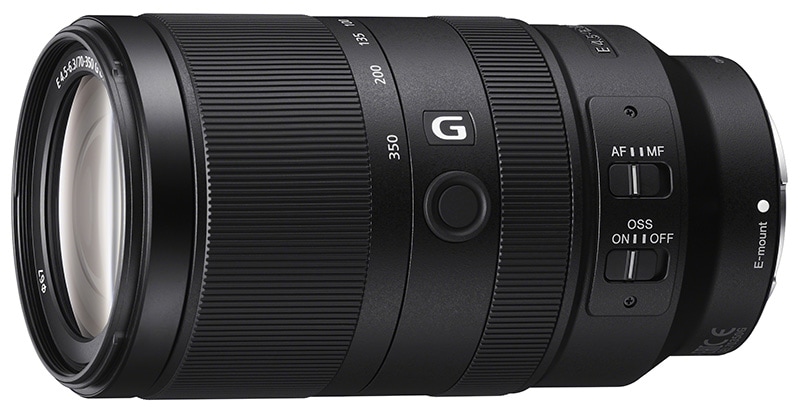 Full product details can be found on Sony’s website here.

Personally the a6600 doesn’t really excite me very much but I’m definitely very interested in the new E 70-350mm lens. I think this will make a great lightweight combo together with my a6400.

Will you be purchasing any of these new products announced today? Or are you content with what’s already in your gear bag? Let me know in the comments below. 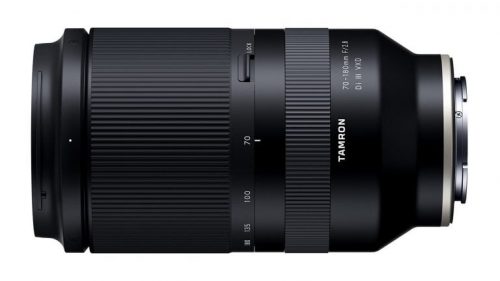 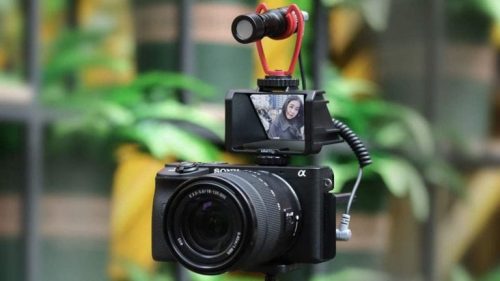 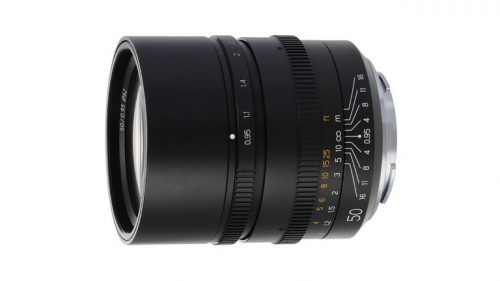